Buy the Album on Apple Music 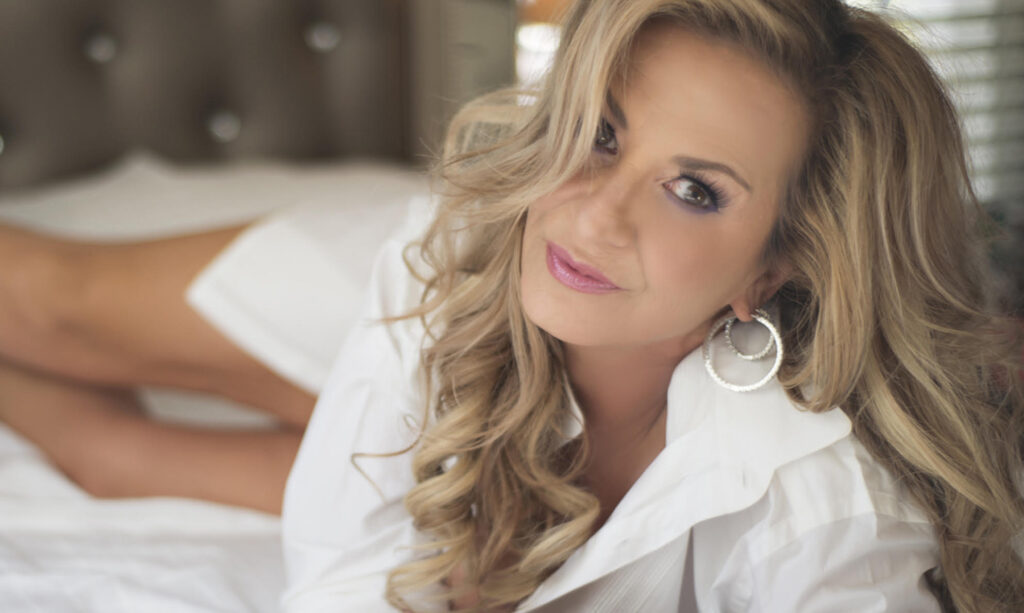 “Born to Rock, Soothe and Stir The Soul”
Mercedes is world-renowned singer-songwriter who was born to rock and bring listener’s worlds together with her sultry voice and universal lyrics and personal experiences that melt the heart.
Breaking down age, gender and race barriers, her rock and soul sound captivates audiences from around the world, soothes and stirs the soul, and ignites the senses as a result of her infusion of symphonic, inspirational and visual elements in all of her work.
Mercedes has worked with the best in the industry including Grammy-award winning producer Mike Shipley who worked with Aerosmith, Def Leppard, Alison Krauss, Shania Twain and more; producer and American guitarist Bruce Gowdy, known for his work with World Trade and Unruly Child; and Multi-Platinum Hip Hop Super Producer Nick Fury.
Her performances have rocked a variety of stages and acclaimed venues including the Hammerstein Ballroom for New York City’s 9/11 Benefit Concert, The Key Club in Los Angeles, The Roxy, Whisky, The Troubadour, The Gig, and The Knitting Factory, among others. Her first commercial album release, “Rock-n-Soul Blvd.,” with breakout single “Hey Baby,” remixed featuring Guérilla Black has been played throughout mixed shows and club circuits in Cleveland, Chicago, Milwaukee, New York and Los Angeles.
When she’s not rocking the stage, Mercedes is the Founder and Creative Director of Jus D’Amour – “A Love Song in A Bottle” – her beauty and lifestyle brand of scents, candles and jewelry inspired by her time as a musician and as the marketing agent for boxing legend, Roy Jones, Jr. and their equally aptly named line, Legend – “The Scent of Victory.”
Mercedes’ newest single, “U Make Me Shine,” a beautiful soul, country and pop-infused tribute to Mike Shipley, who also produced and mixed this track for her before his passing, is now available for download at mercedesmusic.com and CD Baby. For more information, visit MercedesMusic.com and Jus D’Amour.com.

This Valentine’s Day 9-pack includes SMiZE Cream’s limited edition love-themed flavors: Red Velvety Hugs and “Doughreo Kisses” Oreo Cookie Dough, as well as their most popular specialty flavors: “All Night Love” Vanilla Salted Caramel, Brownies I Love You and The Best Vanilla I Ever Had. The pack also has a bottle of J’us Damour perfume by Mercedes and a luxury handmade candle from Los Angeles based Milena’s Candles. There are also Valentine’s day fun keepsakes like rose colored sunglasses, a lovers dual necklace, miniature Teddy bear, and an unboxing experience where fabric rose petals top off all the yummy surprises inside. Plus, a handwritten note from SMiZE Cream’s founder, Tyra Banks!

When supermodel & super businesswoman Tyra Banks was growing up, every Friday night after dinner she and her mom would head to their local ice cream shop for some cold, creamy goodness. Since then, it’s been a lifelong goal of Tyra’s to found her own ice cream company, and with SMiZE Cream, that dream has come true. These super-premium ice creams are made by hand in small batches, and they’re creamy, dreamy, super-creative, and insanely delicious. There’s a tasty SMiZE SURPRiZE at the bottom of every cup, and if you point your phone camera at the cups, they come alive with AR magic! 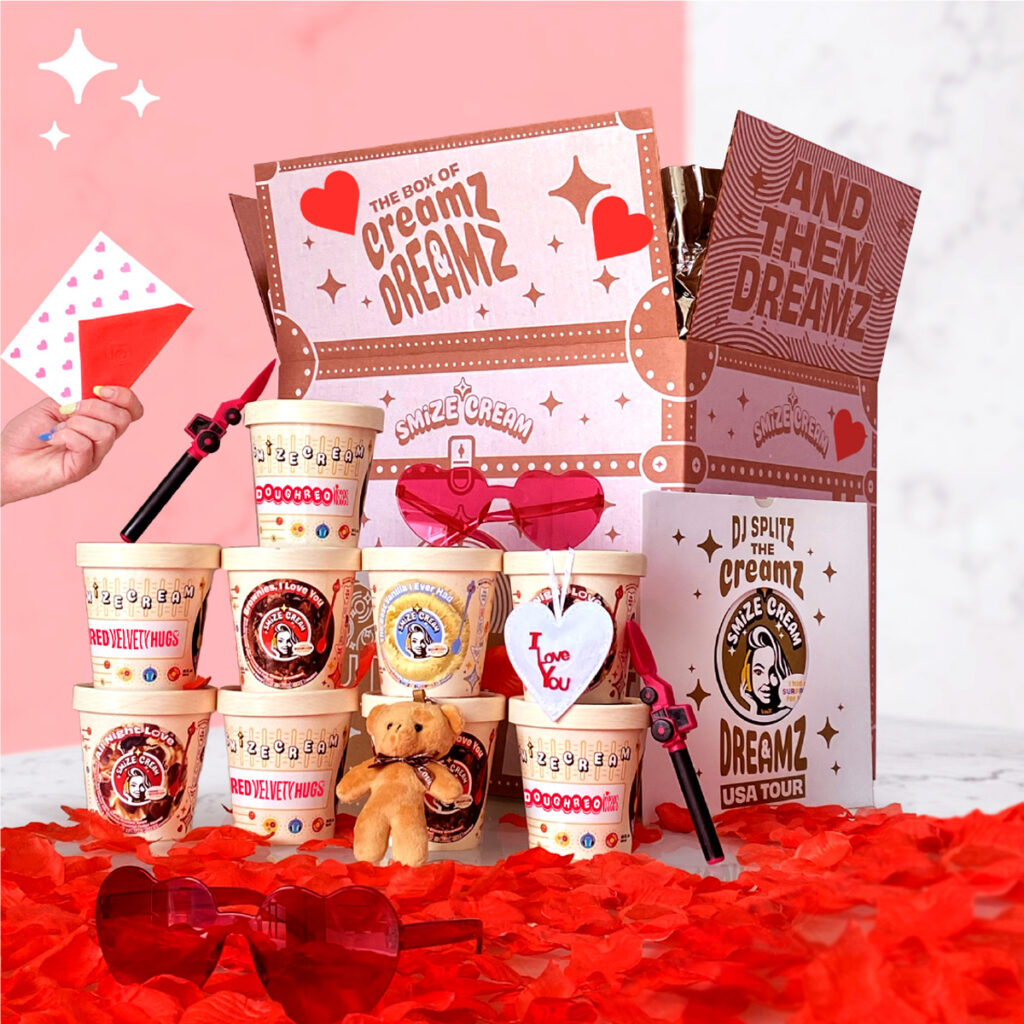